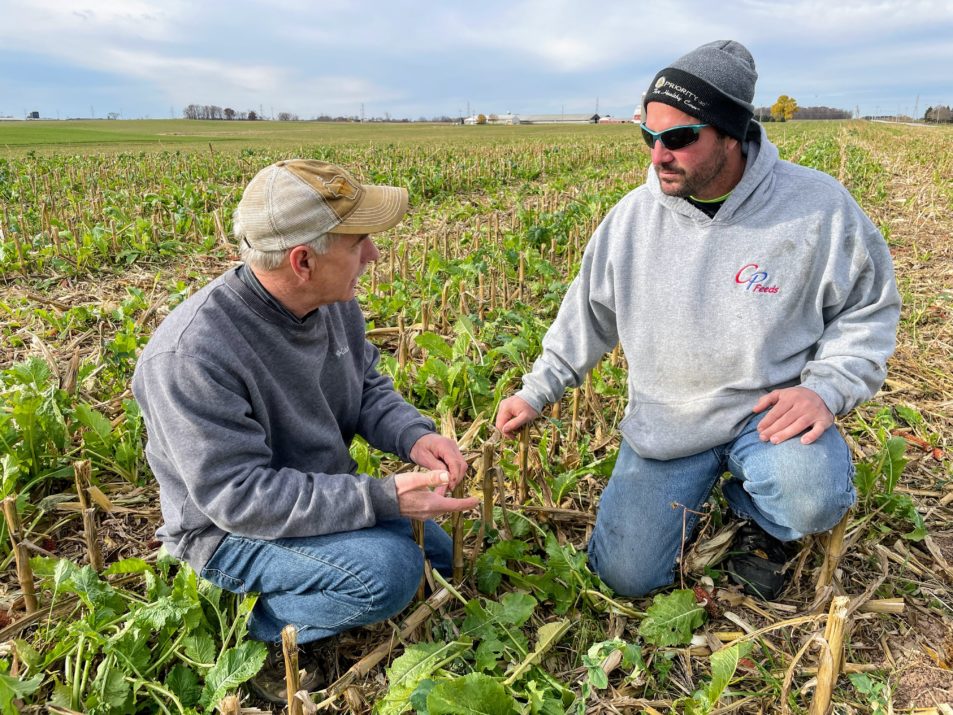 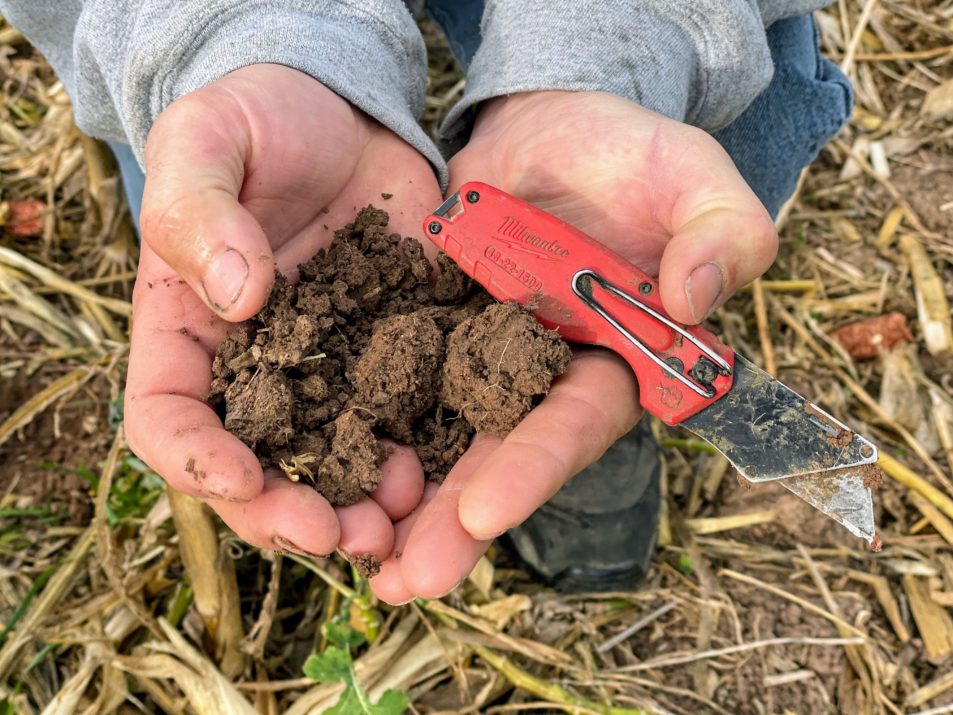 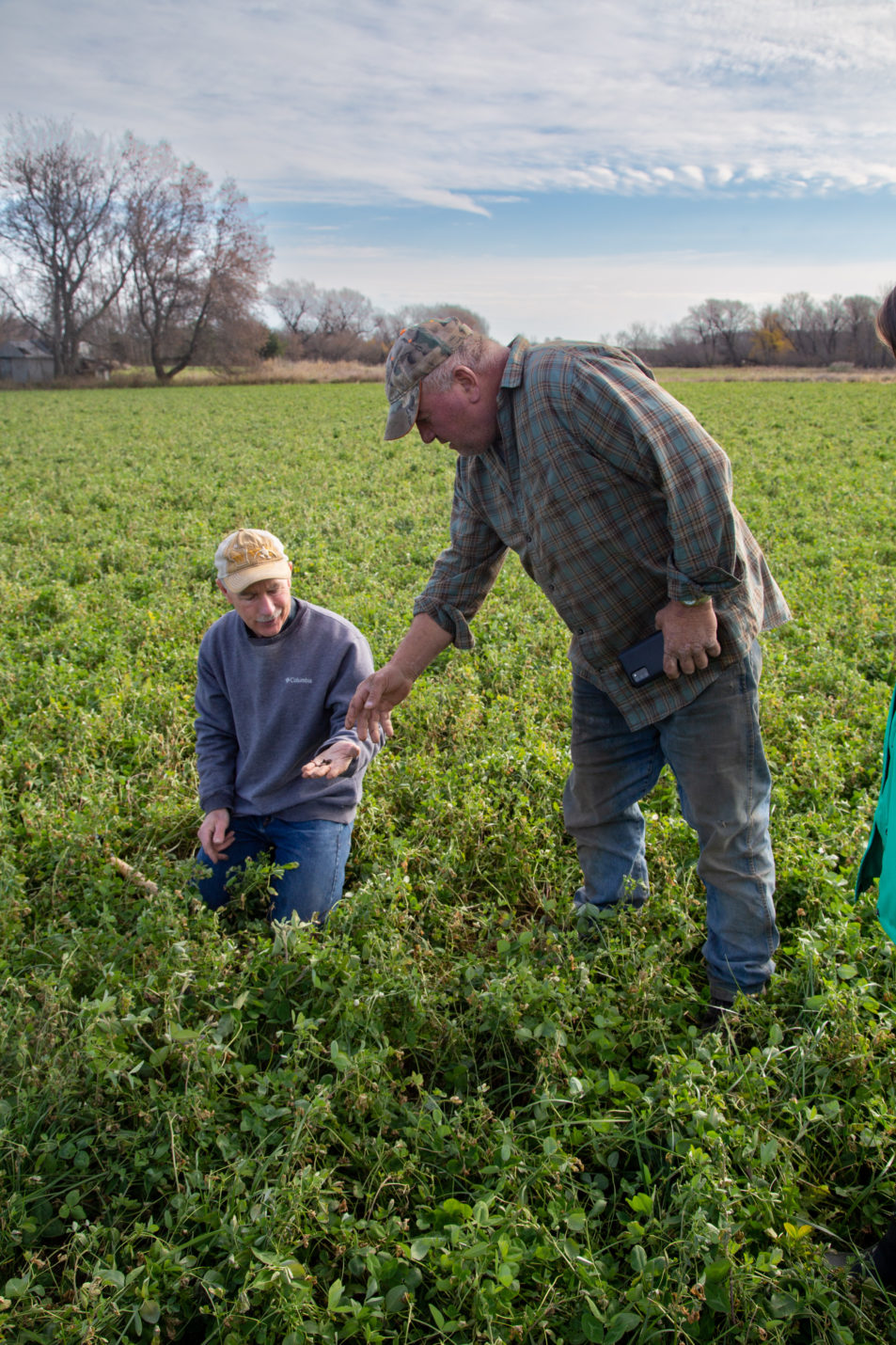 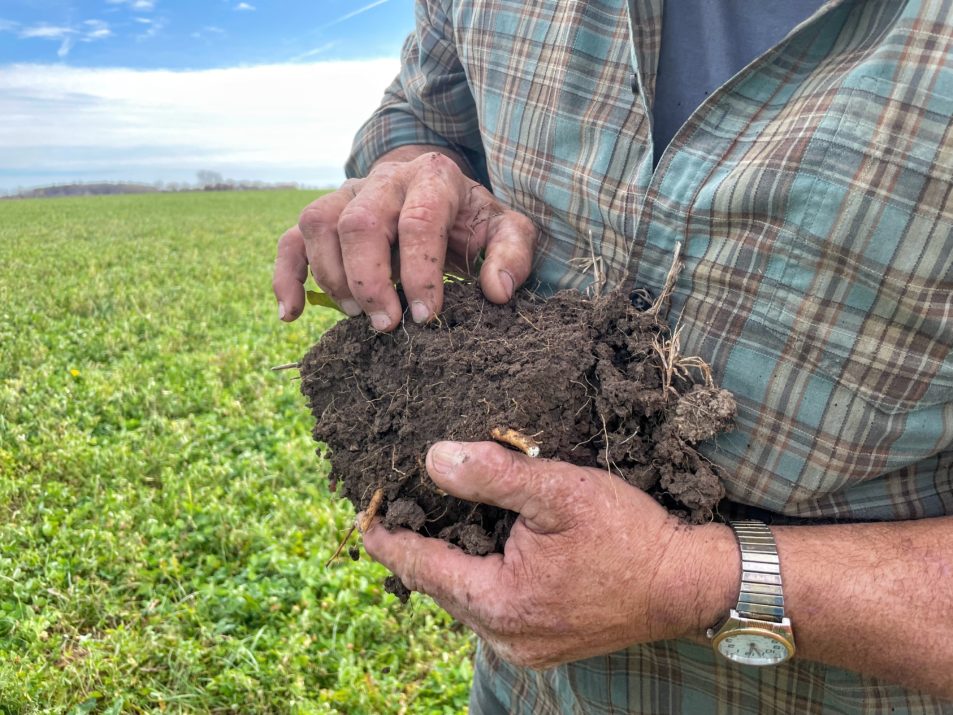 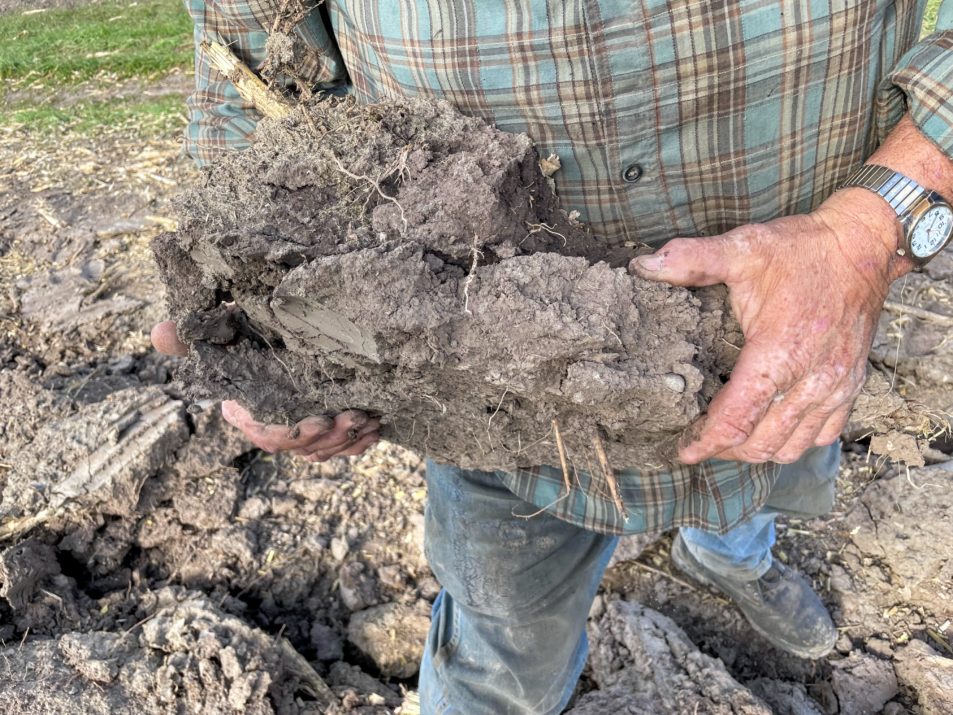 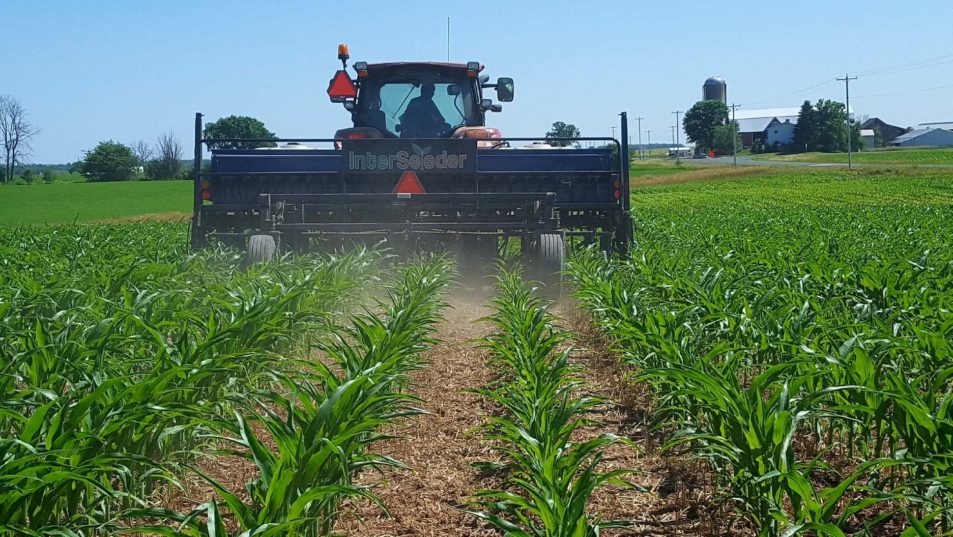 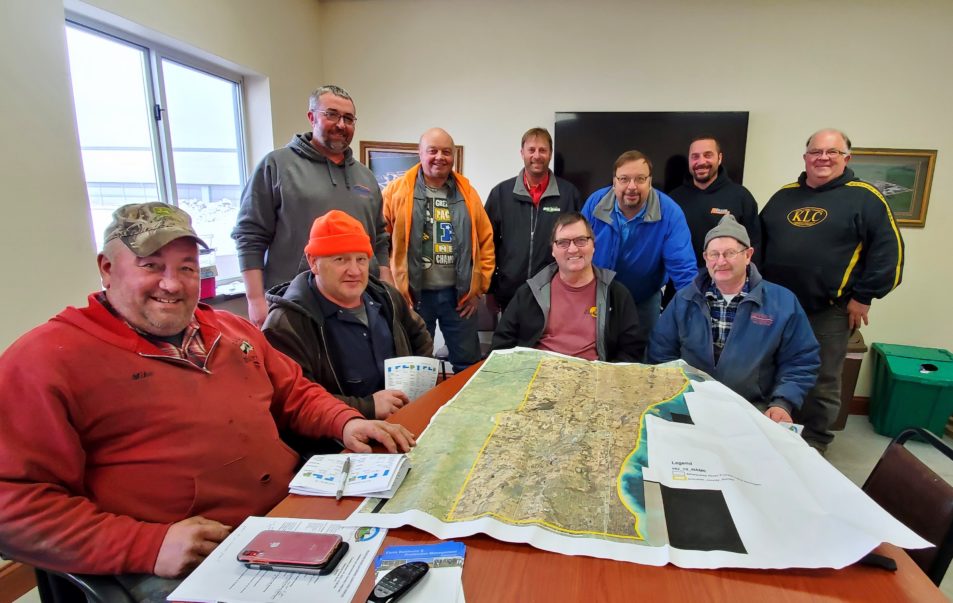 “Soils are alive, and once people know that they treat it differently.”

Many farmers share this idea, including those involved in the Clean Farm Families. Together, the producer-led group and Holshcbach are working to educate others on the principles of soil health.

Holshcbach was initially inspired by presentation from the Horse Creek Farmer-Led Watershed Council. After this, he reached out Jim Melichar, a third-generation dairy farmer in Port Washington. In 2016, Clean Farm Families was officially formed and awarded a $40,000 Producer-Led Watershed Protection Grant from the Department of Agriculture Trade and Consumer Protection. Within the first year, the group conducted multiple workshops, held 20 outreach events, and contacted 400 people.

Although more farmers are embracing healthy soil practices, such as no-till, interseeding, and cover crops, there is one barrier that remains for many farmers—fear.

“The fact is that most farmers have only 30-40 times in their lifetime to plant a crop,” said Holschbach. “Many farmers are hesitant to take such a risk when the stakes are so high.”

But the farmers involved with the Clean Farm Families understand that fear, and are prepared to help others. Farmers trust other farmers, and seeing their practices in action can have a significant impact.

CFF Board Member Mike Paulus has been farming the same land for five generations and learned from his father and grandfather that being a good farmer meant taking care of the soil. Although Paulus jokingly says he wasn’t a huge fan of school, but he’s still learning about land he’s worked for forty years from experts like Ray Archuleta and Gabe Brown.

Paulus says it’s important to be patient and keep an open mind. “Archuleta said that the ground would get darker, and I definitely see our ground getting darker.” Paulus says that what you’re looking for is the texture of the soil—a cottage cheese look, but brown. “It’s happening on my farm. I’m proving to myself and others that it can work.”

Fellow board member and Paulus’ neighbor, Matt Winker also recognizes that adopting these practices is a learning process. Sharing his journey with others is one of the most rewarding aspects of working with other producers. “To me, it’s about getting people down the right path right away.”

Most of Winker’s farm is visible from the road, which means other farmers are watching what he does, even when things don’t go exactly as planned. But that doesn’t stop him from experimenting to find which practices work best.

According to Holschbach, one of Winker’s neighbors mentioned that he was indeed watching Winker and has since started to put in cover crops and expressed interest in trying out interseeding to improve forage for his cattle. Holschbach estimates that there are around half a dozen producers each year who choose to try some of these conservation practices.

Other farmers aren’t the only ones watching the work of the Clean Farm Families. Earlier this year, they worked with NRCS to hold a demonstration for the Ozaukee County Board using a rainfall simulator to show the difference in water infiltration rates in healthy soils. Soils that are conventionally tilled can only absorb around a quarter-inch of rainfall, resulting in increased runoff. Following the demonstration, the County Board eagerly approved the purchase of a tractor to pull the county-owned interseeder. The tractor and seeder, along with a driver, can be rented for $14 per acre.

In addition to helping others see the benefits of these practices, they are also working to change the conversation around soil health economics. Although many farmers often talk in terms of yield, Holschbach, Paulus, and Winker all agree that it’s important to think about profitability. With fertilizer and fuel prices on the rise, these practices can greatly benefit farmers. A study by the Soil Health Institute showed that using no-till and cover crops can increase profits by roughly $40-$50 per acre.

“The best thing that has ever happened to our department is these producer-led groups,” said Holschbach. “Our relationship with the farmers has really changed.”