Nestled in northwestern Sheboygan County, Elkhart Lake is the largest waterbody in the Kettle Moraine region. Carved from receding glaciers, the landscape today is characterized by rolling hills and small pockets of sharp depressions, now filled with water, known as kettles.

It is this landscape that has attracted vacationers and vintage car races to the area for more than a century. Today, the lake’s shores are almost entirely privately owned, single lot residential units, with the Osthoff Resort sitting prominently on the east bank. The surrounding land use beyond the lakeshore is mostly agricultural and the lake supports intense recreational use, especially fishing and boating.

In recent years, the lake’s water quality has been threatened by toxic algae blooms, in part caused by heavy dissolved phosphorous loadings from upstream. The blooms have caused great concern for Elkhart Lake’s community.

Through this collaboration, the partnership determined that the excess phosphorous levels were attributed to upstream farming operations collectively.

Common in this region of Wisconsin, many farm fields have a conglomerate of subsurface concrete tiles beneath them, some dating back more than 60 years. The concrete tiles help dry out fields faster, but also directly channels excess field runoff to discharge points in nearby creeks. Those creeks eventually flow into the lake.

Once the source of the phosphorus was identified, the next step was to identify a potential site for a project. But finding a proper site location proved difficult, since many of the neighboring fields have absentee ownership and farming is contracted.

Local landowner and farmer John Jens became instrumental for the project. John’s field included a series of these concrete tiles that funneled water to the north property line and he agreed to give up half an acre of his land about a mile south of the lake. 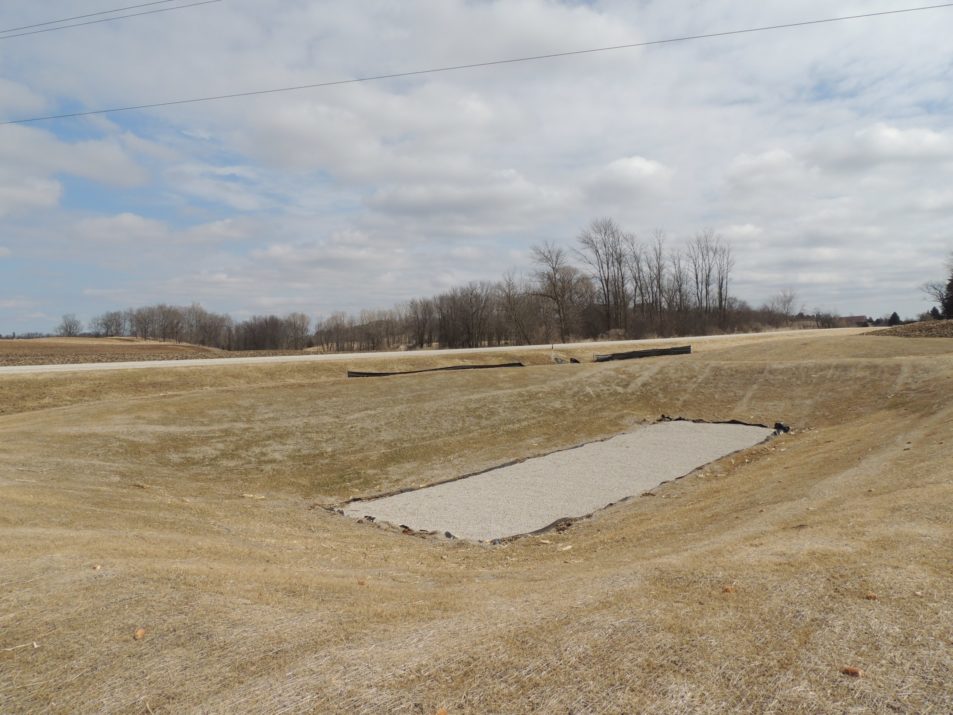 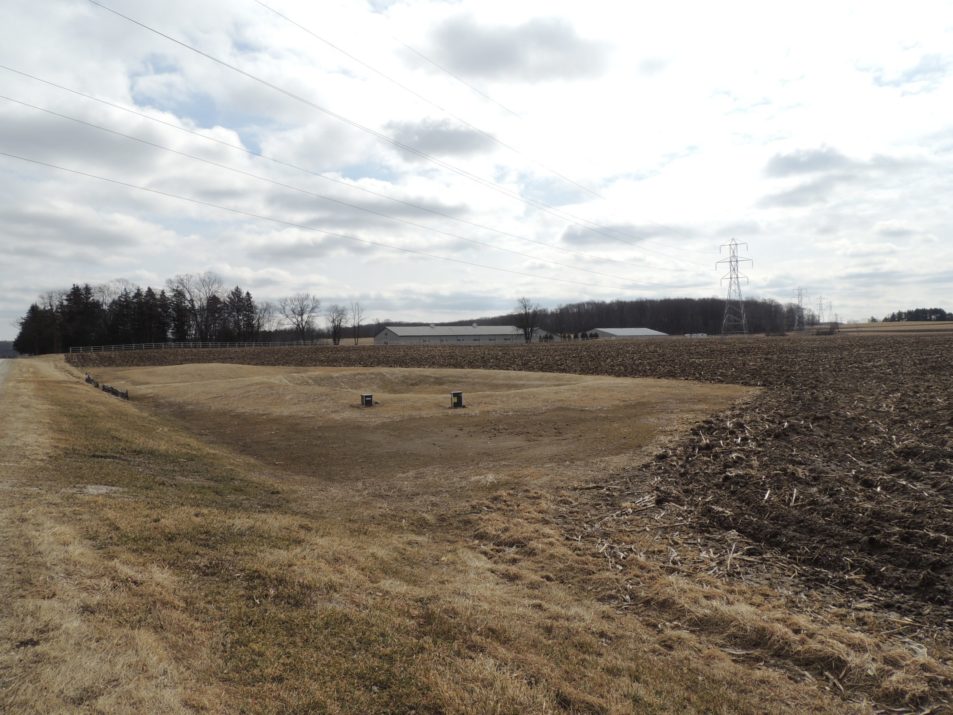 “It’s great to have people like John in the county who are willing to do something like this,” said Emily Stewart, Sheboygan County PCD Associate Planner. “With this area in general, we were pretty limited. For one thing, the elevation change is an issue, but for another … the farms in the area are pretty big, so there’s only a handful of properties in the watershed that could be the cause of the problem.”

Sheboygan County PCD saw this project as an opportunity to try something that had never been done before in Wisconsin. The collaborators decided to install a phosphorus-reducing iron filtration bed at the edge of John’s property. First used in a few pilot projects in Minnesota, this new technology filters out dissolved phosphorus in groundwater using iron-enriched sand.

The project was cost-shared between Sheboygan County PCD and ELIA for the construction, monitoring, and maintenance. The upfront costs of the initial projects totaled $77,900, which included the filtration bed, a downstream grassed buffer, a phosphorus-reducing septic system, and repair of a broken subsurface tile discovered during the site planning on John’s property.

The price tag for the filtration bed was $40,000, which includes engineering costs, installation fees and materials. The projected 10-year cost of the project is an additional $16,500, which includes water testing, landscaping, and maintenance.

Installed in October 2017, the 40x10x3 foot filter was constructed at the edge of John’s property, where much of the field runoff was funneled. Pipes channel the water to a control box, which directs the flow into the filter. The water then runs through the iron-enriched sands that strip dissolved phosphorus from the water before exiting. A second water control box was installed at the end of the filter and both boxes measure the dissolved phosphorus levels.

Preliminary water testing indicated an 88 percent reduction in dissolved phosphorus. “We’ve seen some fluctuation since then,” Emily said, “as we’ve slowed down through the winter season. Our department will be collecting grab samples and keeping record of weather conditions, so when we have more data, we can look for better correlations.”

The Sheboygan County PCD and ELIA hope that this project will spur more of these in the future, based on its success. Additionally, the collaborators are hoping more septic systems that use phosphorus reduction technology will be installed for the residential homes lining the shores of Elkhart Lake, following the collected data of the initial system.

Many residents along the lake “genuinely want to do something good for the environment and the habitats here,” said Emily, “and these kinds of projects wouldn’t be possible without folks like that."