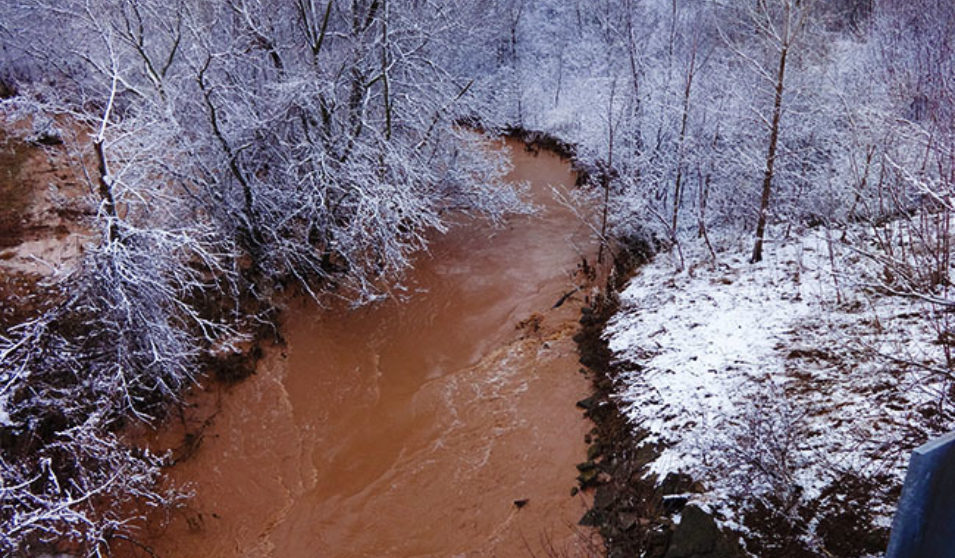 Watershed management is complex. Every land use activity—including farming, recreation, and urban living—affects its quality. Therefore, writing good plans to protect, restore, and monitor these watersheds is essential to keeping them healthy.

But where do you start?

In Outagamie County, plans started when the Environmental Protection Agency (EPA) required watershed management projects to be accompanied by a 9 Key Elements Plan (9KE) in order to receive funding. The key features of these plans involve, “taking the time to assemble existing information and then completing some additional analysis like pollutant load reduction estimates and prioritizing areas for implementation of practice,” said Andrew Craig, the Water Resources Management Specialist at the Department of Natural Resources.

Greg Baneck, the County Conservationist in Outagamie, looked to draft the county’s first 9KE in 2014 for the Plum and Kankapot Watershed, a subwatershed of the Lower Fox River that spans across Brown, Calumet, and Outagamie County. Baneck’s first contact was Anne Francart, a former Conservation Technician for Outagamie County, since she was experienced with managing watersheds.

Turns out Baneck would get more Francarts than he expected.

Anne’s daughter Sarah Francart had recently completed her degree at UW-Steven’s Point in Water Resources with a minor in Soil Sciences. When Anne recommended that they have Sarah help with drafting the 9KE, Baneck agreed.

To write one of Wisconsin’s first 9KE plans from scratch, Sarah used the Lower Fox Total Maximum Daily Load (TMDL) plan as a helpful guide. “In watersheds with approved TMDLs, some of this information is already complete and it helps make plan development less time intensive,” said Craig.

Although the TMDL provided some information about the Lower Fox River watershed, Sarah and Anne had to use GIS-analysis, watershed modeling, and go on site visits to get more details about the subwatershed. Using Anne’s experience with field inventory and watershed management, they gathered data about erosion on stream banks and talked with farmers to obtain information on livestock numbers, barnyard runoff management, and manure management practices.

With all the information gathered, Sarah began to write out the plan. “I started by looking at the EPA handbook, which was really helpful. I also looked at other 9KE plans, like the ones for the Pike River and Marengo River watersheds, and based mine off of what they were doing,” said Sarah Francart.

Sarah and Anne started the analysis and inventory process in February of 2014 and submitted the first Plum and Kankapot 9KE plan later that October. After being reviewed by the DNR and EPA, the plan was revised, resubmitted, and finally approved by the EPA just after New Year’s of 2015. Shortly after, the county was awarded a GLRI grant and Large Scale TRM grant for around $3 million for implementation of conservation practices in the Plum and Kankapot watersheds.

“It was well worth the effort to do it and it’s a good plan,” said Baneck. “It’s basically a blueprint of what we need to do to work towards achieving water quality goals within that watershed.”

Following her first 9KE, Sarah drafted plans for the Upper East River and Upper Duck Creek watersheds as well. Outagamie chose the order in which these watershed plans are made based on what their TMDL plan recognizes as the highest delivering watersheds.

“Ideally we’d get all the HUC-12 watersheds within the Lower Fox planned within these first couple years. Then we’d have the remainder of the TMDL schedule to implement those plans depending on if we can get the funding,” said Baneck.

Having these plans are not only helpful to county conservation departments like the one in Outagamie, but they can also help entities that contribute to point-source pollution. Upgrading a point source to reduce pollution can cost several hundred million dollars. Therefore, for an entity to tap into a 9KE plan and decide to help with watershed management can make sense both financially and environmentally as well.

With several 9KE plans making promising starts in Outagamie County, Baneck hopes there won’t be an end to them soon.

“We see the benefits of it. In my budgeting I’m certainly making it one of the key things we fund—keeping Sarah’s position here to keep writing these plans,” said Baneck.