Northern Counties Experience the Storm of the Century 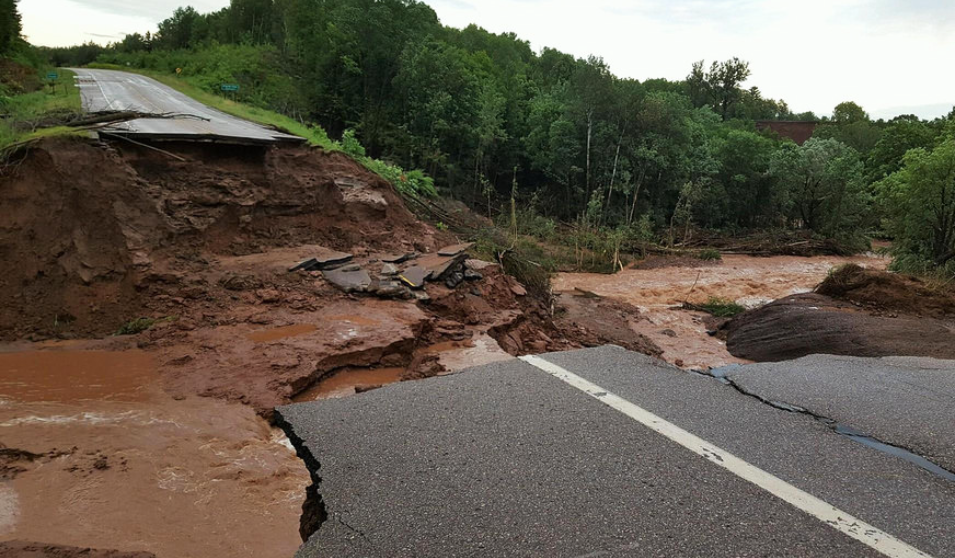 Storms are sometimes defined by their likelihood of occurring. For example, a "100-year storm" has a 1% chance of occurring in any given year. So what does a 500-1000 year storm look like? On July 11th, the northern counties of Wisconsin experienced what some people are calling just that.

On the night of July 11th, rain began falling in northwest Wisconsin at a rate of 2-3 inches per hour, totaling 8-12 inches in under 24 hours. Putting that into perspective, cities like Ashland, WI were receiving their average monthly rainfall in just 2 hours. Due to a wet Spring, the ground in these areas were already saturated with water. Northern counties also have more clay soils, which don't absorb water easily. So when the heavy rainfall fell on July 11th, it stayed on the surface and did damage.

The effects of the storm were so severe that Gov. Scott Walker declared a State of Emergency for 8 counties on July 12th. Roads crumbled, including U.S. Highway 2, a major highway across northern Wisconsin. With limited transportation, an impact assessment found that $343 million is at risk in annual visitor spending for these counties, whose local economies rely on tourism. Damage costs are also high, up to $34,000,000 for the 8 counties counties.

For the County Conservation Departments, their roles have been helping out anywhere they can, especially with culvert replacements and stream bank restorations. Many culverts, which are tunnels that run underneath roads and allow streams to continue flowing, were severely damaged. Highway A in Iron County had a culvert that was 120 ft long and 10 ft wide; the entire culvert was swept away and is still missing. 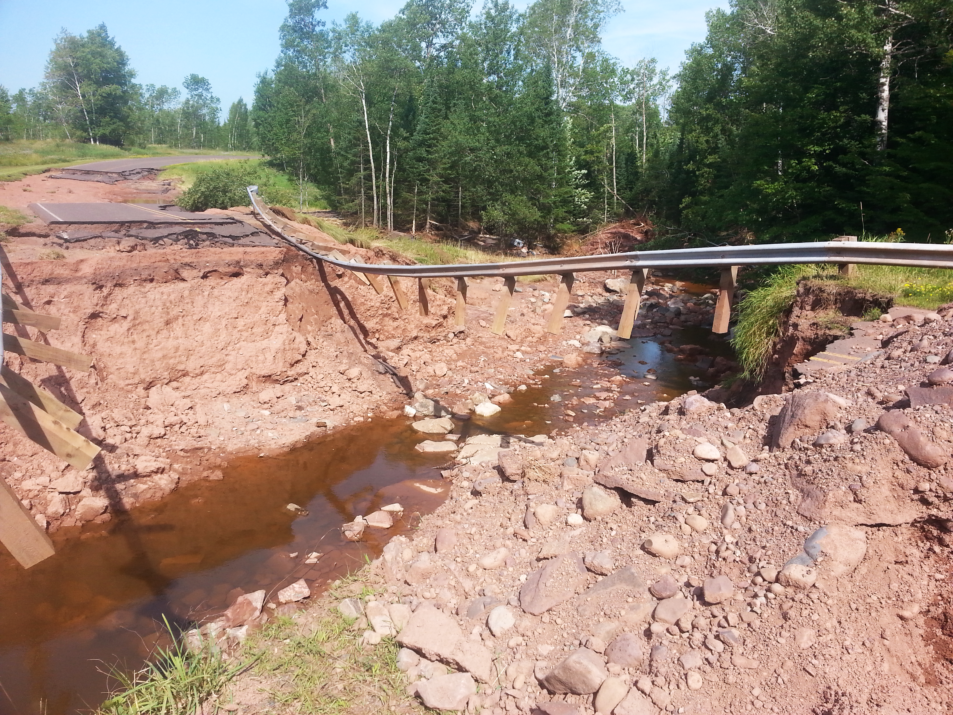 Iron County also had major damage to Saxon Harbor, a popular fishing and camping site and Iron County's largest asset for tourism. During the storm, waters from the nearby Oronto Creek surged through the harbor, forcing its own path into Lake Superior. Due to the damage, Saxon Harbor is completely closed for the rest of the season and will take years to rebuild. According to Eric Petersen of the Iron County Forestry Department, rebuilding the entire facility could exceed $15 million. Right now, Petersen and his staff are working with the Coast Guard and the Wisconsin National Guard to recover the boats, docks, and other debris on the lake shore. "We all are pushing forward to get our beautiful marina and campground back up and running as quickly as possible," says Petersen. 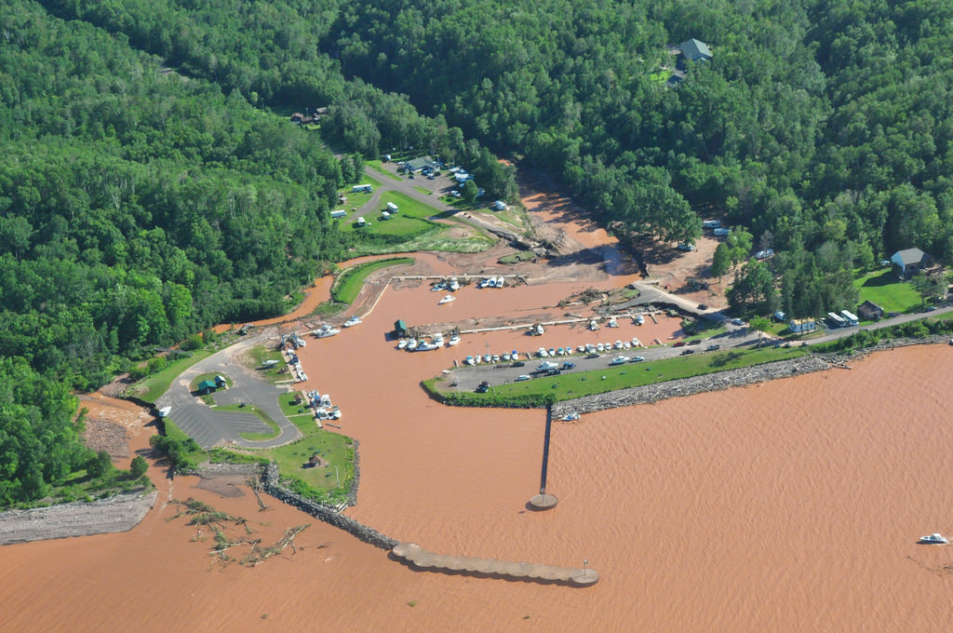 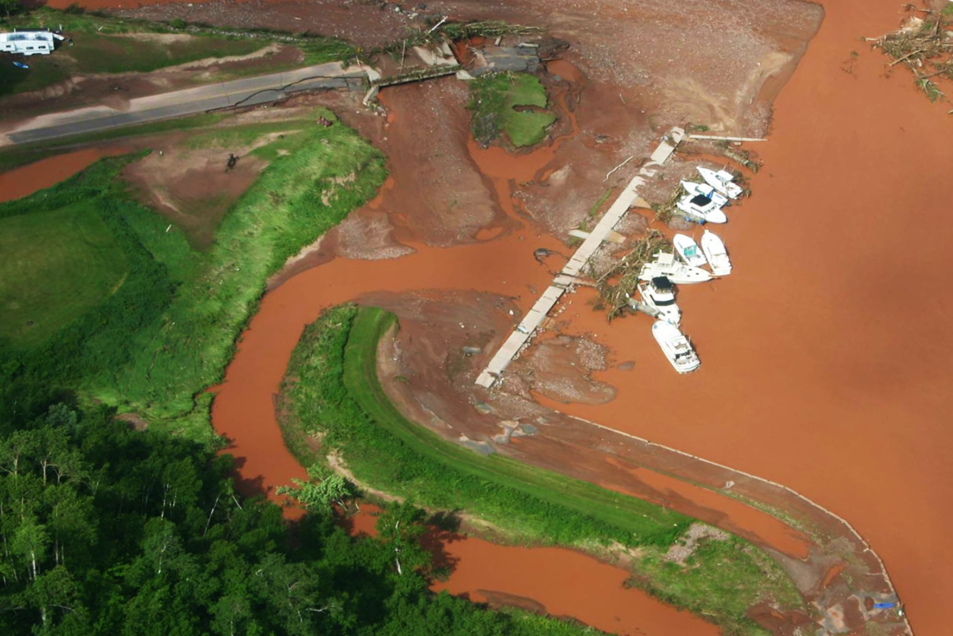 Then the second storm came.

Less than two weeks after the July 11th storm, the northern counties experienced borderline hurricane force winds that snapped trees and power-line poles. According to Wisconsin Public Service, more than 20,000 homes were without power in central and northern Wisconsin after the storm. Getting the power back on was even harder for repair crews due to the road closures from the July 11th storm. 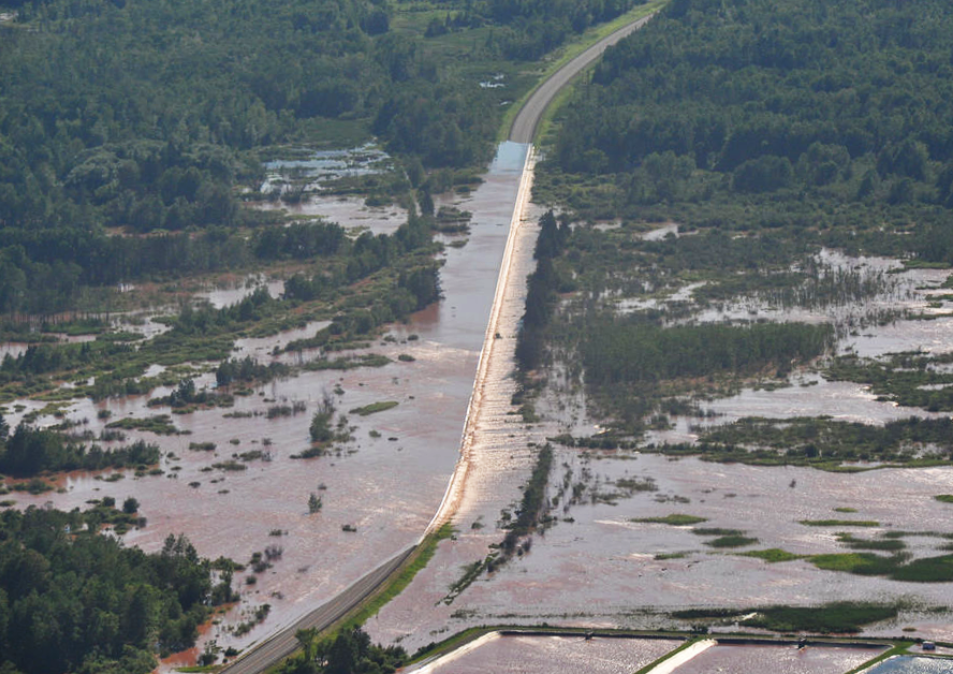 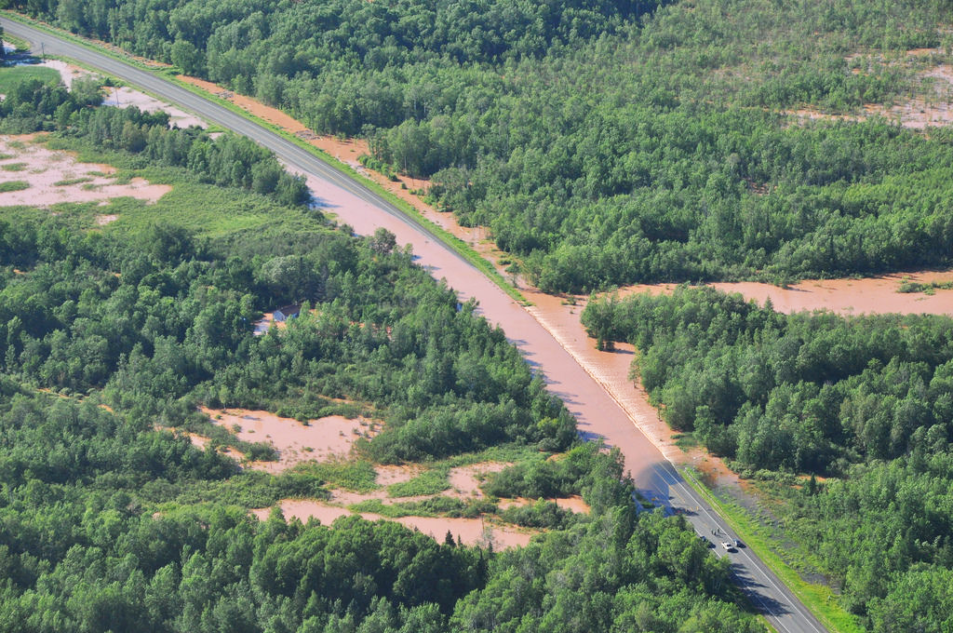 But tough times tend to bring people together, and the residents of these counties are no exception.

"Everyone pulled together. We said, 'We got mess, so we got to clean it up,'" said Bayfield County Conservationist Ben Dufford. On a daily basis, Dufford has been meeting with all departments, including the Department of Transportation and Health Department, to keep each other updated and find where help is needed most. Dufford has also seen great acts of volunteerism too. One was at Mount Hope Cemetery in Ashland County, where at least 200 trees, some century old oaks and pines, were blown over. After hearing that the cemetery didn't have the resources to clean up the debris themselves, a construction company called Northern Clearing of Ashland volunteered their manpower and equipment at no charge.

While storms like these have a small chance of occurring again, they might. Dufford realizes this too, which is why he is looking to put up more permanent structures like bridges instead of culverts in the future. More aid will also be coming into the region as well; on August 9th, President Obama declared the event a major disaster, allowing federal funding to supplement state, tribal, and local recovery efforts.

With the resilience and sense of community experienced since the storm hit exactly one month ago, horizons are finally looking brighter for Wisconsin's residents.