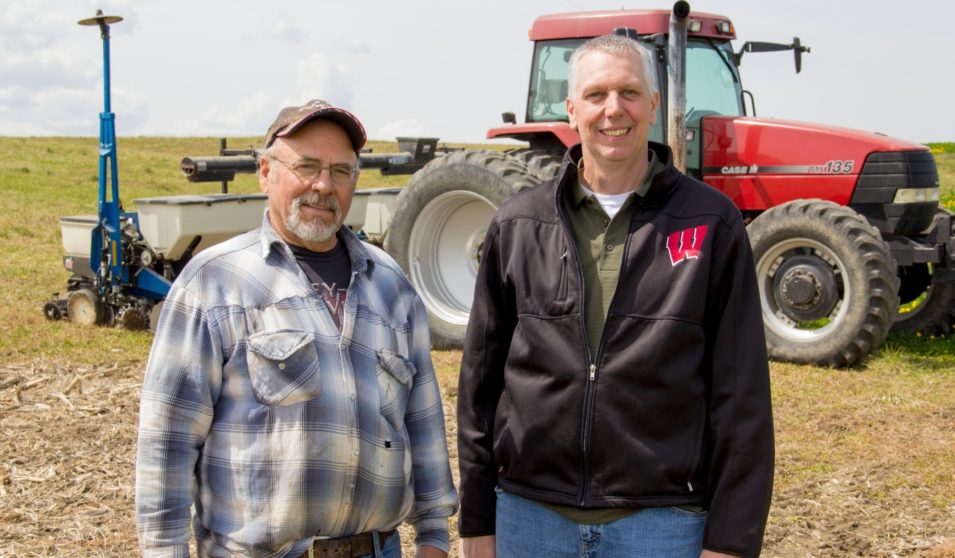 Go to the banks of the Rush River in Pierce County on any summer weekend and you’re sure to find plenty of anglers. The Rush, stretching for 50 miles with around 2,500 trout per mile, sees plenty of visitors every year to fish and enjoy its waters.

However, in recent decades warm, sediment filled water has been harming the trout’s habitat due to runoff events from surrounding croplands. With row crop agriculture now dominating Pierce County’s landscape, the Rush is at risk of having larger volumes of runoff harming its trout population.

“The Rush River water quality is quite good, but there are areas in the subwatershed where our soil losses are quite high,” said Pierce County Conservationist Rodney Webb.

To solve this runoff issue, the Pierce County Land Conservation Department (LCD) have taken part in the Mississippi River Basin Initiative (MRBI). Back in 2012, the LCD staff applied for funding through USDA-NRCS to be used for the initiative, but the proposal was not selected. “But they kept the proposal on the shelf for future considerations,” said Webb. Then in late winter of 2015, Webb and his staff were contacted to see if they wanted to re-apply. Working together with the District Conservationist Mark Biel, Webb revised the application and received funding for 5 sub-watersheds of the Mississippi River—one being the Rush River.

Once the Rush River was selected, the focus narrowed even further. Tributaries that flowed into the Rush became the targets for preventing runoff, including Lost Creek, one of the largest tributaries and a spawning location for Brook Trout. Three beneficial cropland management practices were also identified to reduce runoff, including cover crops, no-till farming, and grass waterways. “Our main focus of the whole proposal is to keep the water up on the uplands and not have it running off into the streams,” said Webb.

With their goals in focus, Webb and his staff then fished for the interest of local farmers to participate in the MRBI.

And they got some on the hook.

One was John Huber, a cash crop farmer who lives just down the road from Lost Creek. Huber was not new to management practices like no-till and cover crops when Webb first approached him. His son Hank took him to a demonstration that modeled the differences in runoff between a tilled field and one with no-till. “Till versus no-till —anybody can look at the difference between them and say ‘Wow, that’s really something!’,“ said Huber.

Currently, every acre on Huber’s farm has cover crops and is no longer being tilled. Despite some difficulties last season with slugs eating his planted cover crop seeds, Huber is convinced that these practices are working for him. “As far as no-till goes, you got a lot of manure to get rid of and I was always convinced I had to work that in. No so much anymore,” said Huber.

While Huber seems to have made up his mind, his neighbors aren’t all on board yet. When pestered about his reason for incorporating these new practices, “I tell em’ I’m saving the planet!” chuckled Huber. 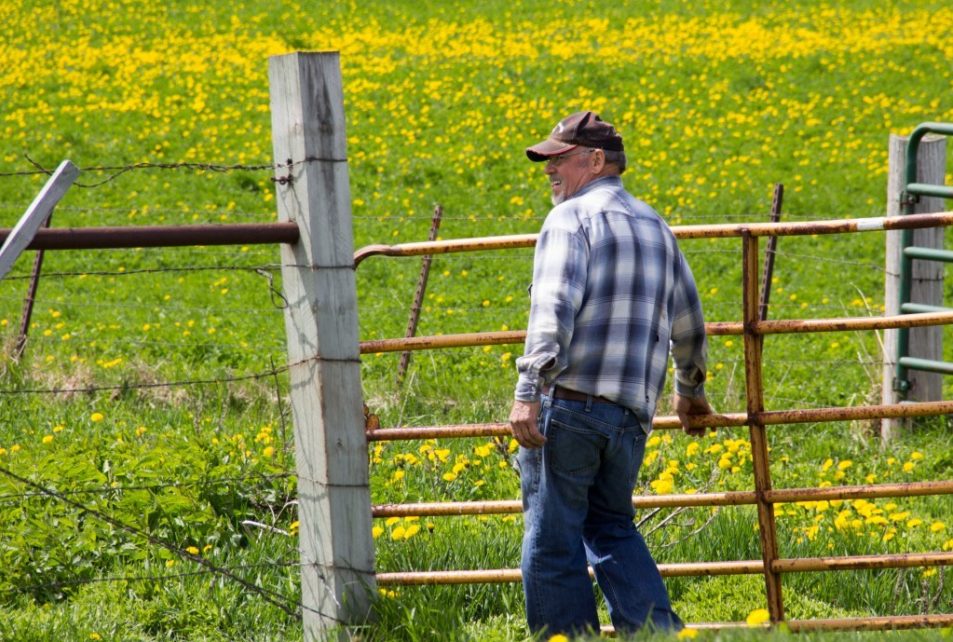 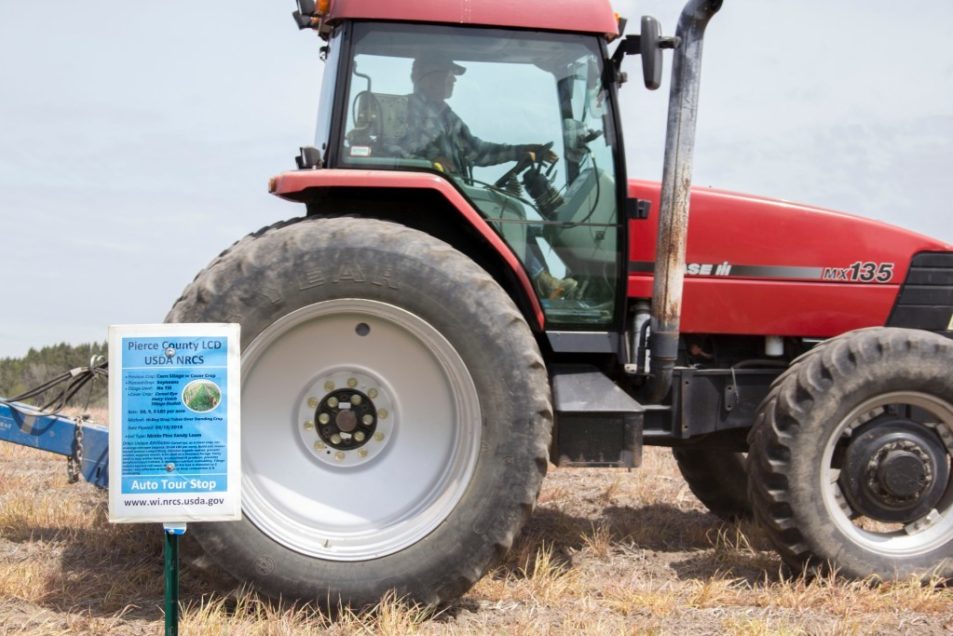 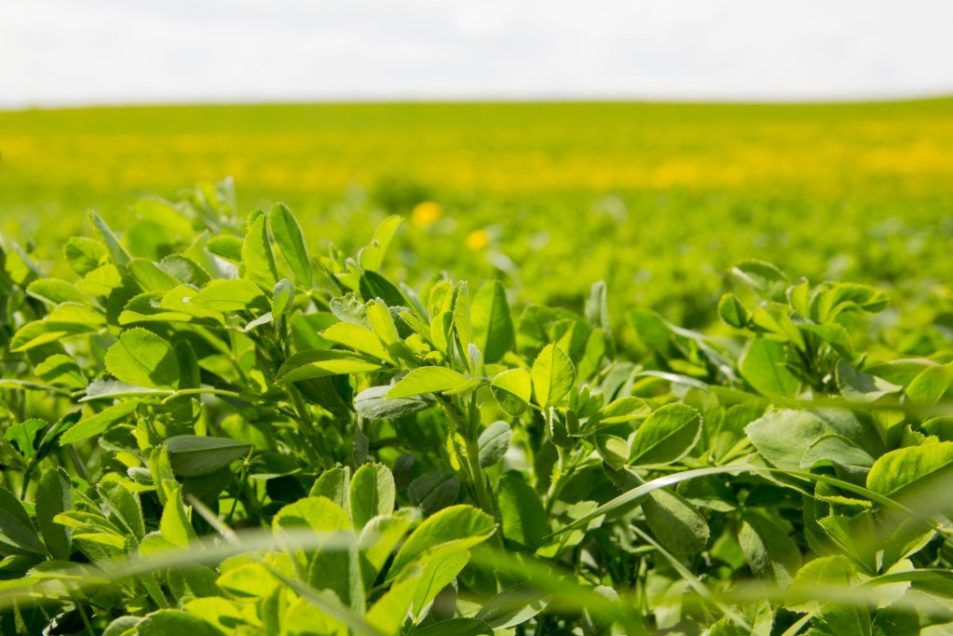 “Overall, we’ve had incredible interest in cover crops,” said Webb. “The feedback has been real positive and the landowners are excited about the whole soil health movement that has been promoted.”

The LCD and NRCS staff will continue being busy this spring and summer as construction on MRBI projects begin. Once autumn hits, farmers will be able to sign up for practices again and the cycle will continue until 2017. With contracts being up to 5 years in length, the LCD and NRCS staff members could potentially be working on projects until 2021—and get to see a lot more of the Rush.

“I drive over the top of it every morning and night going home and I have staff that fish and canoe it quite often,” said Webb. “I know it takes a lot of people and cooperation to keep an effort like this going and we’re fortunate enough to have that here.”