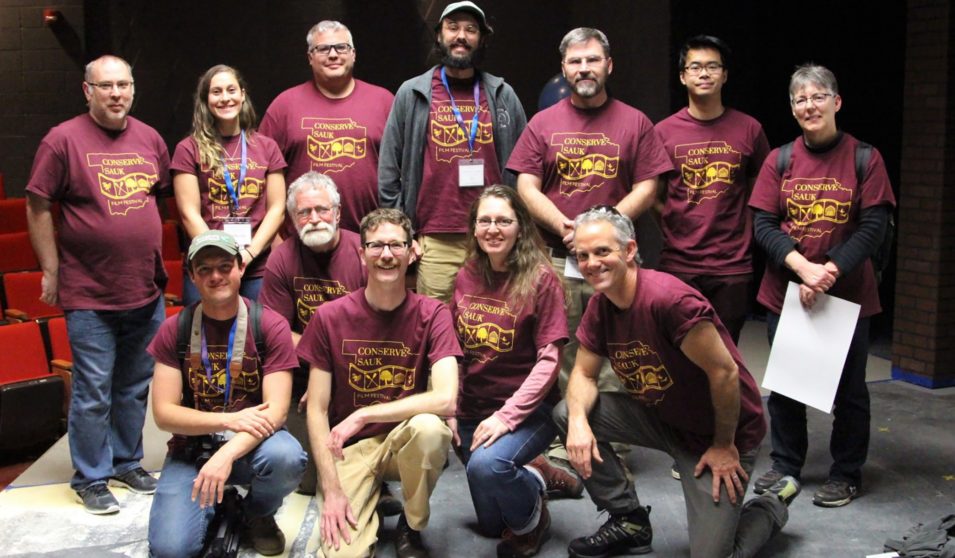 From a science communications standpoint, the film festival was an incredibly effective way to educate the public about complex issues. For Sauk County and its partners, organizing and hosting such a successful event for the first time was a huge undertaking. I sat down with Justine Bula, Sauk County LRED Education Coordinator, to learn about her experience with the film festival, her background in conservation, and her perspectives on environmental communications. 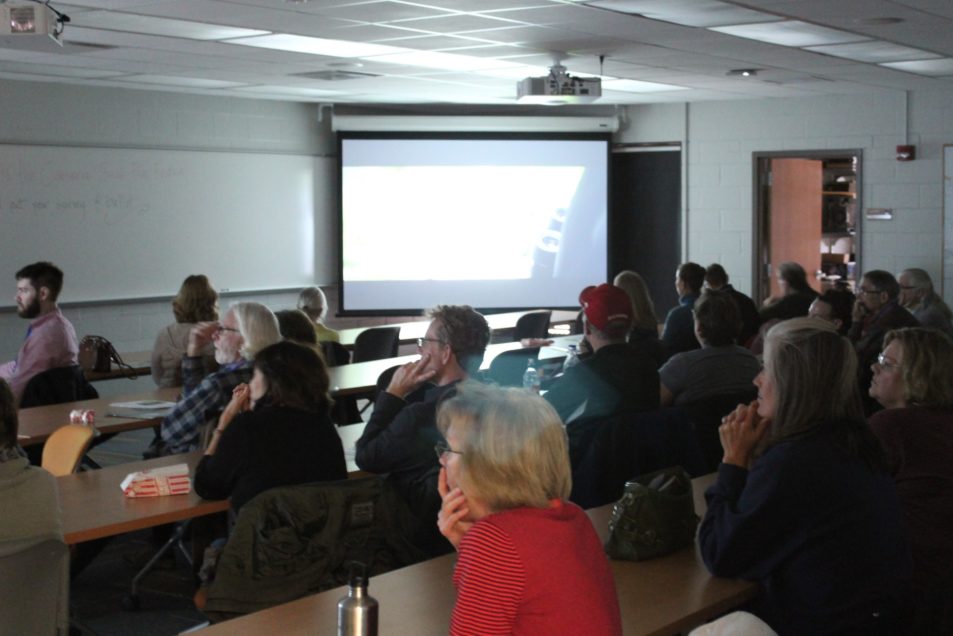 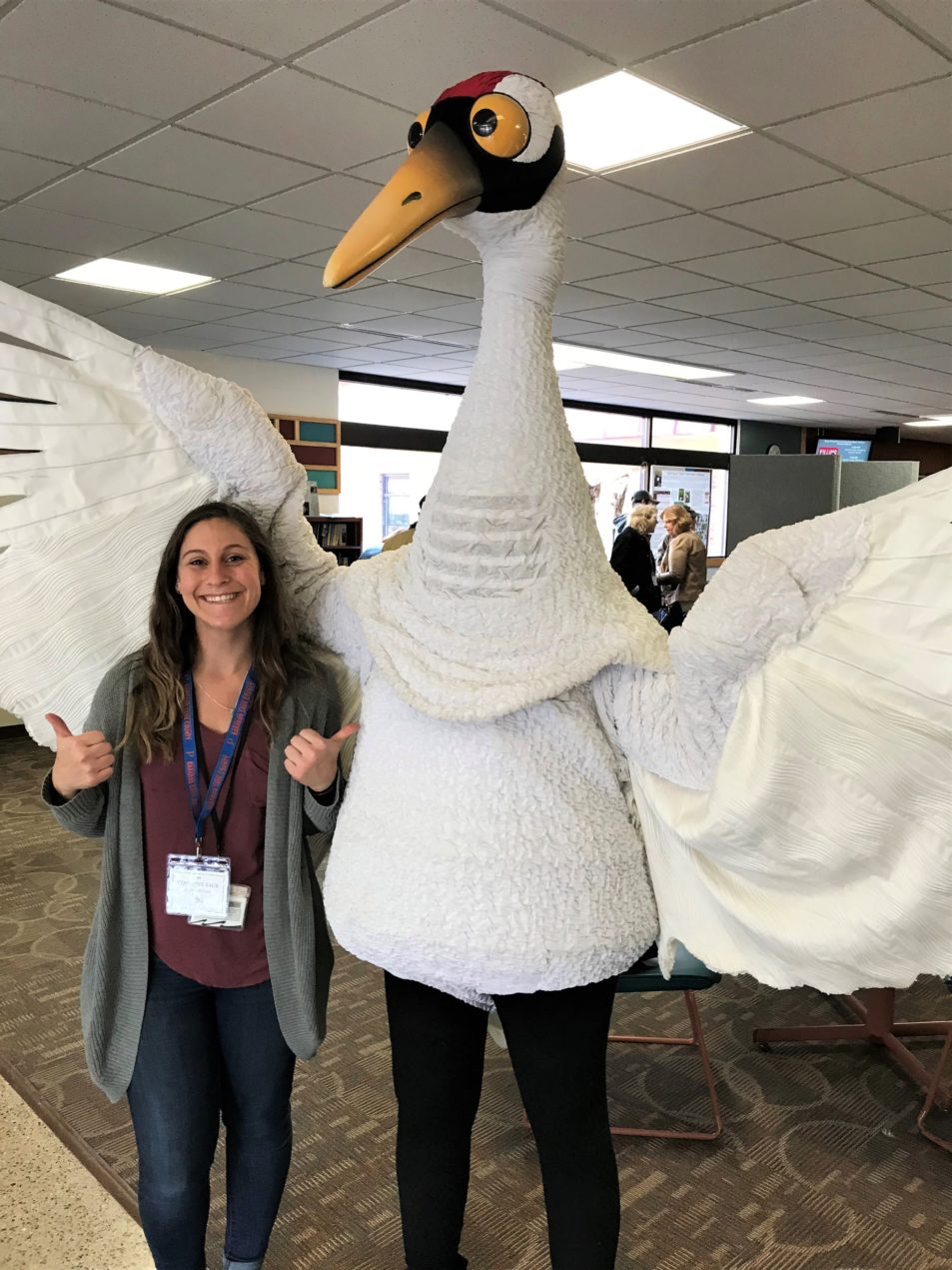 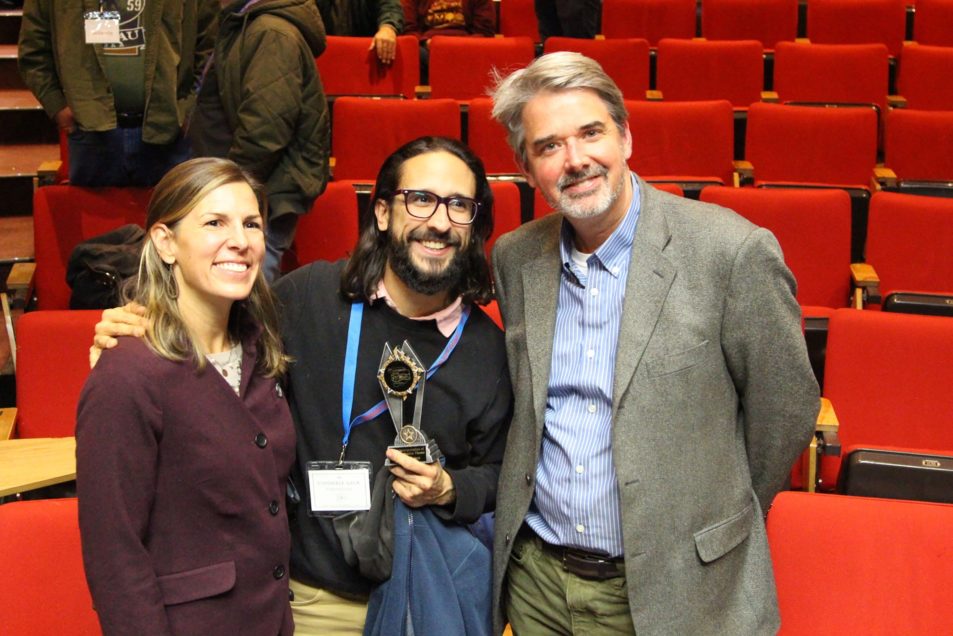 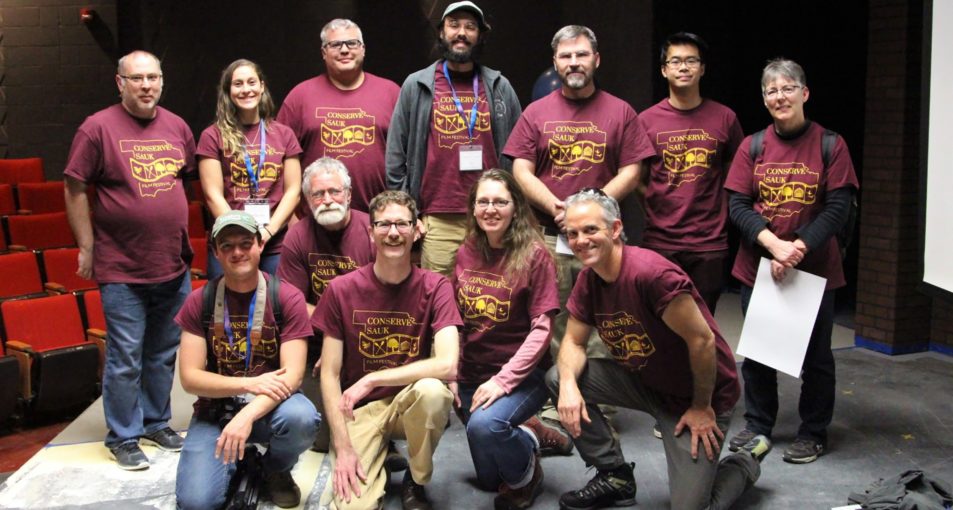 Meyer: How did the idea for the Conserve Sauk Film Festival come about and why did you feel like it was an important thing to do?

Bula: About a month after I started working as the Education Coordinator, Melissa Schlupp [Sauk County LRED Conservation Manager] brought up the idea of having a film festival focused on conservation. We had our first meeting to conceptualize how to go about this project with Joan Wheeler, Baraboo Public Library’s Marketing and Adult Programming Coordinator, and from there it really progressed quickly.

Initially, we were going to do some small screenings, but then we began to collaborate with some other partners – International Crane Foundation, The Nature Conservancy, Sauk County Conservation Network, and UW-Platteville Baraboo Sauk County) – and things really grew quickly. The turning point for the project was after Sauk County LRE and Baraboo Public Library applied for and received a $3,010 grant through Sauk County Arts, Humanities, and Historic Preservation.

We wanted this to be an event that would allow people to discuss some of the issues we currently face, gain a better understanding of the natural world around us, and encourage the use of film as a way of expression and discussion. We wanted to engage people in a different way and also reach residents within the county that we might not be serving with the other programs that we generally provide. Sauk County has a unique history when it comes to conservation and we wanted to revitalize and celebrate this history through this event as well.

Meyer: Absolutely, film is a great way to show all the different forms of conservation work, which further helps connect with a diverse audience. Was that one of your initial communications goals?

Bula: Absolutely, we were hoping to reach other groups of people that we don’t always get to interact with through our usual projects. I was hoping to bring the two communities of urban conservation enthusiasts and rural landowners and farmers together at one event, and hopefully find some common ground over the shared concerns or goals.

Conservation can also be a heavy topic and it can really weigh people down when it feels like you are always fighting an uphill battle. We wanted this event to have an overall positive and encouraging message – still talking about the real issues, but also celebrating all the accomplishments that we have made so far. Overall, I feel that this year’s event was a good start.

Meyer: The film festival seemed to deliver both the challenges and the accomplishments well and the audience was into it. Would you agree and are you happy with how it turned out? Does Sauk County plan on making this an annual event?

Bula: I am happy with how things turned out. I was hoping to see the attendance be a bit higher, but I was extremely happy to hear the conversations that were going on following the screenings.

As for the future [of the festival], we are discussing adjustments with the steering committee to make it a sustainable program. The feedback so far has been incredibly positive (99.4% of attendees who responded in an exit survey stated they’d strongly like to see the event continued) and we are looking for ways to build on the momentum from this November.

Meyer: That’s fantastic! I’m always amazed by county conservation departments’ creativity with public outreach, and this film festival showcases how powerful something like this can be. Obviously a film festival is a significant commitment, but are there other things you would suggest counties can do to expand their communication and outreach?

Bula: Film festivals are hard and takes a lot of work, but things like small education events are meaningful and impactful for many people. Events like hosting an evening talk at a library, a film viewing (much easier and more accessible than a whole festival), or finding community partners for projects can have a much bigger impact in a community than it might seem. We also used Facebook heavily to advertise for the festival, which is easy and accessible to most counties.

I would also say that it is important to expand on outreach and continue to work on communication within the county, as it builds new networks and encourages more people to get involved or informed on the other projects that we have available.

About Justine Bula
Justine Bula has worked with the Sauk County Land Resources and Environment Department since the summer of 2018. Prior to working with Sauk County, Bula served in Americorps in Wenatchee, Washington as the Natural Resources Coordinator for the Cascadia Conservation District, and credits this experience to her love for environmental education. A native of Baraboo, Bula grew up on a diverse family farm, raising cattle, sheep, horses, chickens, and pigs. Her family farm worked closely with the Sauk County Conservation Department and the local NRCS office to improve the waterways, pollinator habitats, and grazing management over the years.