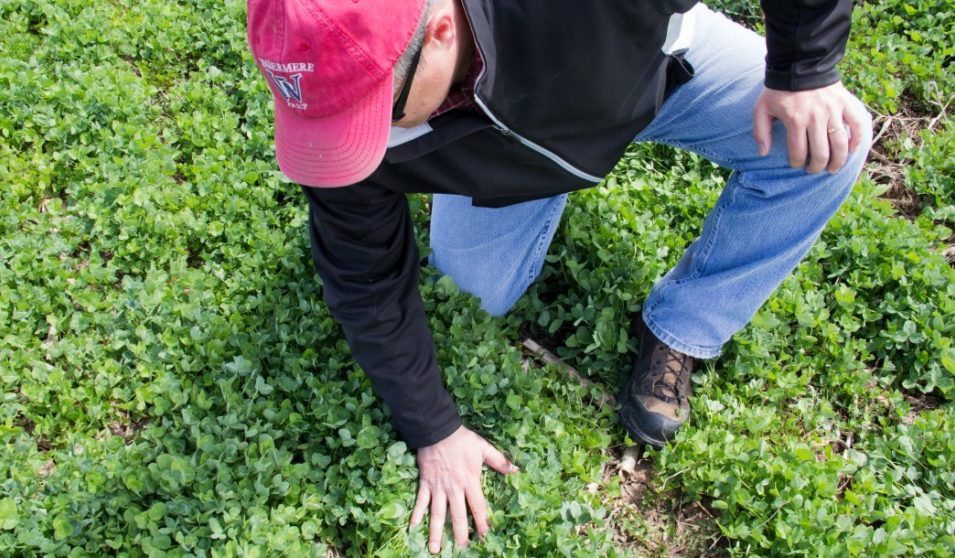 Many Wisconsinites who live near lakes spend as much time in the water as they can, but residents of Green Bay know the bay isn’t for swimming.

Water quality issues have plagued the Fox River and lower Green Bay since paper mills started popping up 200 years ago. Hundreds of acres of fish and wildlife habitat were filled or destroyed during the last century, and by the 1920s, low oxygen events and fish kills were common.

The Fox River and lower Green Bay was designated an “Area of Concern” in the 1980s due to contaminated sediment, poor water quality and lost or altered habitat. Since then, government and advocacy groups have made great efforts to clean up the bay – but there’s still work to be done.

There are two major pollutants in the bay: total phosphorus (TP) and total suspended solids (TSS). Large amounts of TP in water can cause harmful algal blooms and dead zones, where oxygen levels get so low that they can no longer support aquatic life. TSS are small particles of sediment and the pollutants that attach to them. They often enter waterways when trees and vegetation are removed, and in high concentrations they cause poor water clarity, low-oxygen zones and even clog fishes’ gills.

Many sources contribute to TP and TSS in the Fox River Basin, but agriculture is the largest. In an attempt to change this, the Lower Fox Demonstration Farms Network is working with local producers to implement conservation practices that can restore soil health, reduce runoff pollution and improve water quality.

“Fox Demo Farms” is the outcome of an agreement between the USDA Natural Resources Conservation Service (NRCS) and the Great Lakes Commission (GLC) to support phosphorus reduction methods and showcase effective conservation practices for other farmers in the region.

The six participating farms have been experimenting with no-till planting and cover crops. These practices are known to protect soil from erosion, increase organic matter and promote healthy soil structure. In addition, cover crops improve nitrogen cycling, suppress weeds and provide habitat for birds and insects.

These practices aren’t fit for every farm, though. Brent Petersen, project manager for Fox Demo Farms, works with producers individually to decide what’s best for them.

“We’ve been trying just about everything. There’s no silver bullet with this,” said Petersen.

Unfortunately, practices such as air seeding and manure injection require pricey equipment. Local organizations have been instrumental in helping the project get the technology it needs to be successful, according to Petersen. The Nature Conservancy, the Fund for Lake Michigan, and the Green Bay Metropolitan Sewerage District have helped out with cost-sharing and grants. Outagamie County has been allowing Fox Demo Farms to use their low-disturbance manure applicator as well.

After just three years, it’s difficult to quantify the outcomes. Three farms are equipped with edge-of-field monitoring stations by the U.S. Geological Survey (USGS), and results show that 80 percent of applied phosphorus is coming off conventionally-farmed fields as sediment.

This is bad news for farmers. Fertilizer costs have risen over time, which means it’s important to keep as much on the field as possible.

“We’ve always thought commercial fertilizer was the way to go, and part of the reason we’ve had to do that is because we’ve gotten away from establishing cover crops and letting the nutrients be gradually released over time,” said Petersen.

Water infiltration rates on farms in the area are generally poor as well. Fields should absorb an inch or two of precipitation without runoff, but some farms aren’t even absorbing half an inch, explained Petersen. Cover crops can shield soil from the initial impact of rain drops and create pore space for water to permeate.

Greg Nettekoven has been participating in the program since its creation three years ago, and he’s already started to see some changes: less soil moving on the field and more earthworm castings. He hopes that if he keeps up with the project, he’ll see organic matter improve in his soil in the next few years.

Producers seeing results on their land doesn’t translate to immediate changes in water quality, though. The Fox River Basin is a large water watershed, so it could be years before there is a substantial improvement.

“It’s too early to tell. It took us 80 to 100 years to get to this point, so it’s going to take some time to turn it around,” said Petersen. “Change is difficult, but the producers are really on board with it.”