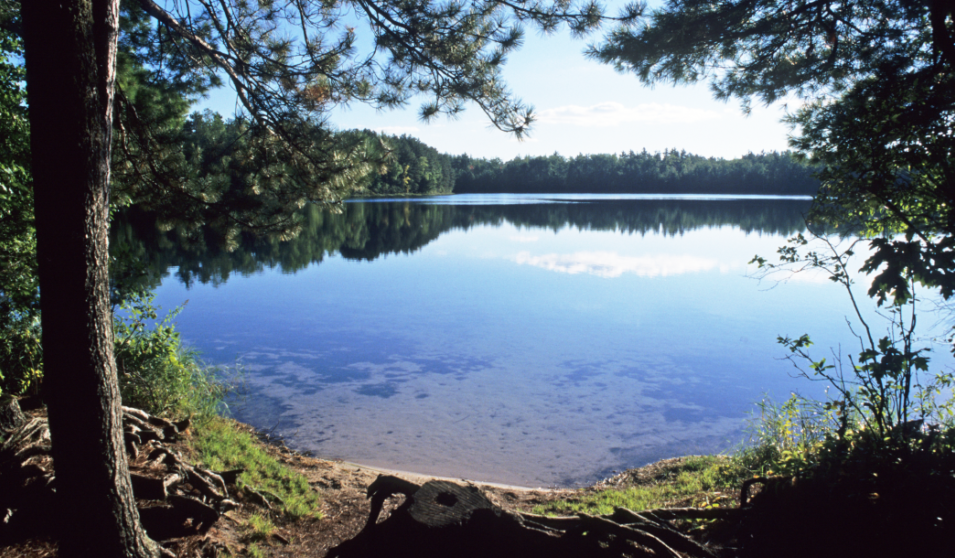 Water quality issues have been at the forefront of news across the nation in recent years, especially in states like Wisconsin, which are prized for their plentiful lakes and rivers. Americans are now more concerned about water pollution than they have been since 2001.

Many of Wisconsin’s waters are on the EPA’s impaired waters list for phosphorus contamination, which is often a result of runoff from farm fields. Dodge County is home to seven concentrated animal feeding operations (CAFOs), and the waters there are no exception.

“We have three main lakes in Dodge County, and two of them are basically flooded marshes. With shallow lakes like that, high boating activity churns up the bottom,” explained John Bohonek, Interim Dodge County Conservationist. “So it’s never a clear, pristine lake, and you have all these lake property owners who want that.”

A few years back, lake property owners approached the Dodge County Land Conservation Committee with a possible solution to their water quality woes: an ordinance that would prohibit winter spreading of manure from all producers. The committee considered it, but voted no. Two years later, lake property owners came back with another idea: a mandatory buffer ordinance. The committee rejected that one, too.

They weren’t ignoring the residents’ water quality concerns, but they wanted to take a more holistic approach. They advised the county conservationist to set up a meeting with farmers and lake property owners to discuss concerns on both sides and how to address them.

Six lake property owners and six farmers formed the initial work group. Their mission was to create a workable plan to address the issue of nonpoint source pollution. Employees from the DNR, Fish and Wildlife Service, UW-Extension and Dodge County Land Conservation Department served as advisers throughout their monthly meetings.

Tony Peirick, a farmer involved in the group, was inspired by a workshop in Wisconsin Rapids that addressed soil and water concerns similar to those in Dodge County. He proposed the idea, and just over a year after the group’s first meeting, they hosted a workshop of their own.

“A lot of times, farmers think, ‘Oh, well he’s from Pennsylvania, it’s not going to work here,'” said Peirick. “Bringing farmers from our county in and having them talk about their success stories helped a lot.”

Later that night, Archuleta and panelists spoke again at an event geared toward lake property owners. Lake residents presented their actions to reduce shoreline erosion and runoff, farmers discussed their implementation of conservation practices, and Archuleta spoke about how farmers can help protect Wisconsin’s waters.

A follow-up event for producers took place the following day on a farm site. It was an opportunity for producers to ask questions about things they heard the day before in a more intimate setting.

Attendance for all three events surpassed the group’s wildest expectations – 260 producers attended the full-day workshop. Nearly 100 lake property owners showed up for the water quality discussion, and about 65 farmers were present for the follow-up. Archuleta, who's been to many similar events, said it was the largest kickoff event he'd ever attended.

The workshop was a success, but Dodge County's residents aren't finished yet. Peirick recently spearheaded a farmer-led group, which is just starting to come together. They met for the first time in March and currently have about 20 members.

“Our goal is to have 100 percent cover [crops] in our county and help clean up the runoff. We have to push for cover crops and no tillage, and to show others that the practices we use are going to reduce phosphorus runoff and erosion. We need to educate the farmers and the people on conservation practices,” said Peirick.

In an attempt to keep the partnership between producers and lake property owners strong, Peirick has continued to attend lake association meetings. As the chair of the farmer-led group, he thinks it’s important to communicate concerns on both sides.

Before the workshop, producers and lake property owners were largely unaware of work the others were doing to keep Dodge County's waters clean.

“It made a big difference,” said Peirick. “We’re not pointing fingers anymore; it’s going to be a collaborative effort now. Everyone needs to work together, but it’s improved dramatically.”