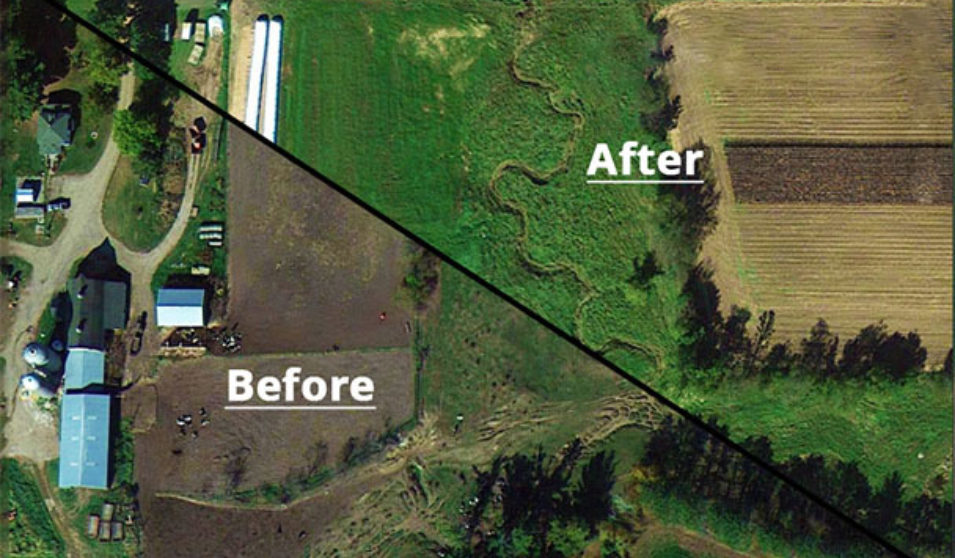 What do fish and fences have in common?

Tyler Gruetzmacher can answer that. As the County Conservationist for Barron County, Gruetzmacher worked on a project that began with installing a simple fence and ended with a stream full of trout. If that seems like quite the stretch, it was—going from fence to fish was a 6 year process.

Back in 2010, Gruetzmacher saw that a dairy farm in the northeast corner of Barron County was contributing to nutrient and sediment runoff into a nearby stream. This classic Wisconsin farm belongs to Gerald Mlejnek, who also does maple syrup production in addition to dairy. Gruetzmacher could see the runoff happening from the road, and when he looked at aerial photographs of Mlejnek's farm, he saw the potential to install new conservation practices to benefit both Mlejnek and the nearby stream.

At first glance, Gruetzmacher saw the need to renovate Mlejnek's barnyard. However, he decided to start small with a fencing project just to keep the cows out of the stream. "It was a start, just to get our foot in the door. And it did start to develop working relationships," said Gruetzmacher. 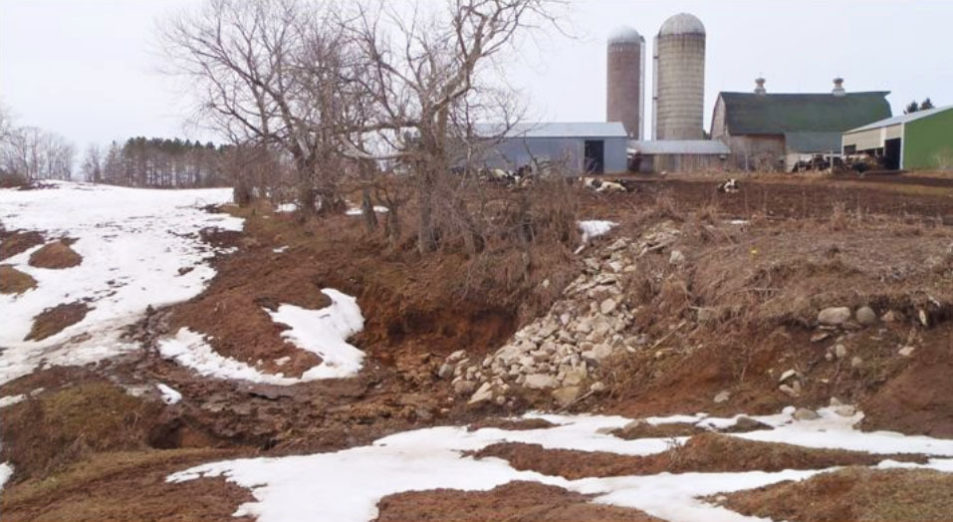 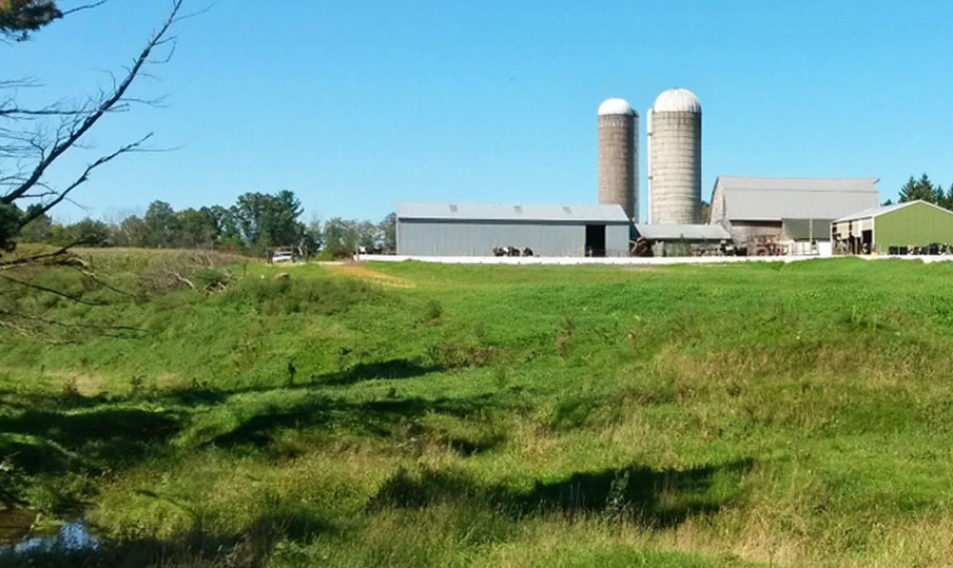 Partnering with the Rice Lake: Lake Protection and Rehabilitation District, (located downstream from Mlejnek's farm) Gruetzmacher and his staff completed the fencing project in 2010. "Gerald installed the fence and did a very nice job on it," said Gruetzmacher. "So then we started looking around at how we were going to solve the big problem."

The big problem meaning the barnyard.

But big problems take time and money. A year or two was spent planning before submitting grants for the project. It was also delayed by weather and overbooked contractors and did not start until 5 years after the initial fencing project. "The years just kept ticking by, but we were finally able to do it in 2015," said Gruetzmacher.
With construction finished by the end of the 2015 summer, Mlejnek finally had a new barnyard that benefited both his cows and the stream. This stream was also home to Brook Trout, which used to reside in pools that were restored as part of the project. Several months after the project was complete, Gruetzmacher received a phone call from Mlejnek saying he spotted trout in the pools.

"He's very proud of the stream now," said Gruetzmacher of Mlejnek. "He was all excited when he gave me a call. I think he's going to be a protector of the stream—he's really taken ownership of the corridor through there."

This 6 year story might continue even further, with Gruetzmacher planning to make visits throughout the spring to check the seeding areas by the stream. He even has ideas to install a cattle crossing this summer.

“I just like to follow-up and make sure that it’s working well for both the farmer and the environment. It has got to work for both parties because if it just works for the environment, but causes hardship for the farmer, it’s not going to be maintained,” said Gruetzmacher. 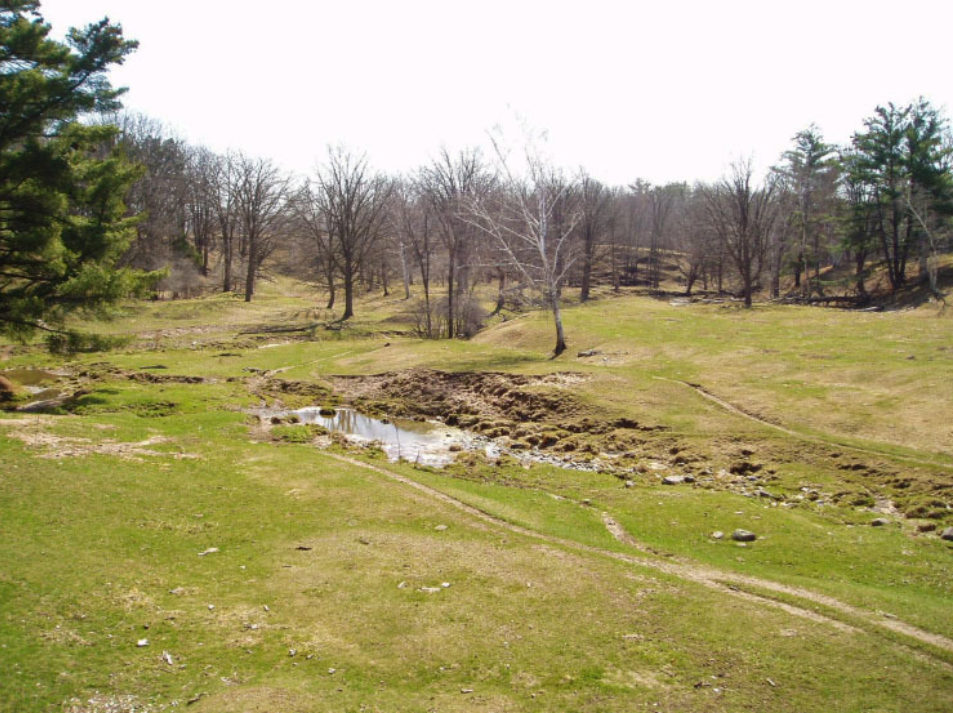 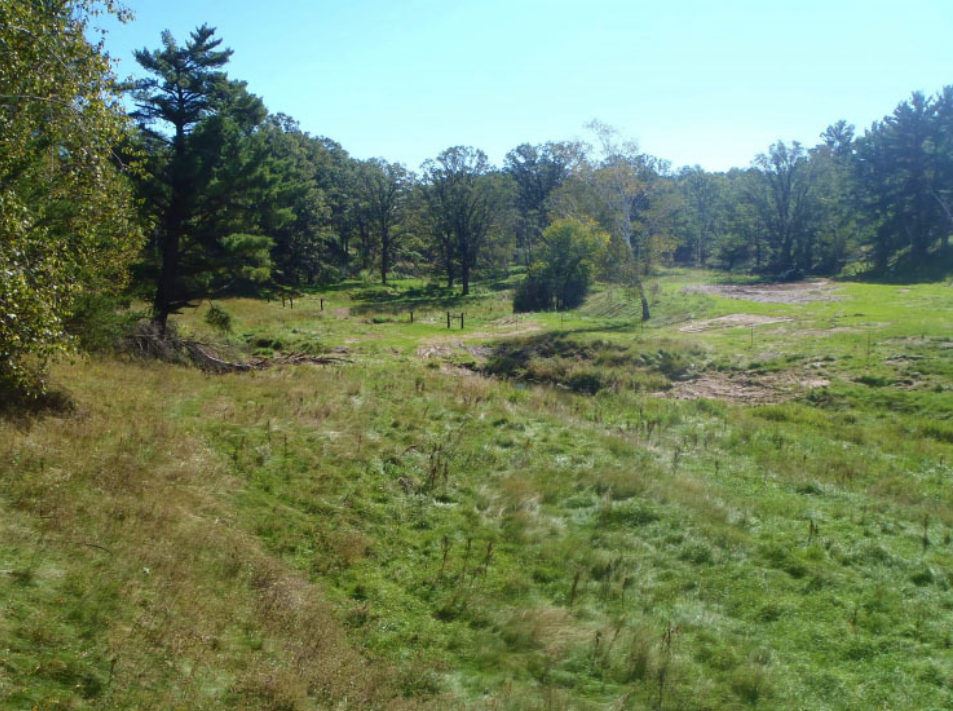